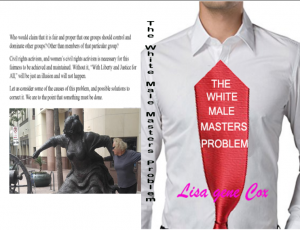 Who would claim that it is fair or proper that one groups should control and dominate other groups? Other than members of that particular group? Civil rights activism, and women’s civil rights activism is necessary for this fairness to be achieved and maintained. Without it, “With Liberty and Justice for All,” will be just an illusion and will not happen. It should be considered a crime for this activism to not proceed unfettered.

In every and all types of relationships, whether it is family, job, business, relationship, or social, there is a single overriding factor that will predict it’s success. “I will put up with your shit if you put up with my shit.”

When that model fails, due to one members attempted domination of the other, the relationship will fail to be fair and enjoyable by both.

In societies, in all types of groups, the same model is critical. “I will put up with your shit if you put up with my shit.” And, “If you can live your life your way, then I can live my life my way.” If groups in a society do not follow that model, caused by one group trying to dominate and control other groups, then that society will fail to be socially cohesive.

Parties interested in joining the party, the number to dial is: gene@genecoxbooks.com

Read “Fear and Hate are the Problems,” from the White Male Masters

Women marched and practiced civil disobedience for 40 years, forever really, to “earn” this the right to vote. Vote, not equality.

What is going on here?

In 1920, the 19th amendment was ratified by the majority of the states, which is what it took. Women first voted in the Dec. 20 election in 1920. Mississippi never ratified the 19th amendment until 1984. Women in Saudi Arabia were not allowed to vote until 2015.

The meanings of many words change with time. Consider the word “MEN.” When the Declaration of Independence was written in 1776:

We hold these truths to be self evident, that all men are created equal, that they are endowed by their Creator with certain unalienable Rights, that among these are Life, Liberty and the pursuit of Happiness.

The term “men” was accepted to mean “white males”. They felt that it was obvious (self evident), that a woman was not a man. Blacks were not even considered to be human at that time. American Indians were referred to as ‘savages’ in their literature of that time period. More akin to a wolf than a human. Definitely something to be controlled or eliminated.

To them, only an idiot would not know that a “men” was a white male.

When the 15th amendment rolled around, and against tremendous opposition and distress, the term “men”, was changed to mean all males, regardless of race, creed, natural origin, or other socially unfavorable or discriminatory situations (basically non white).

Some women finally got tired of this shit and wrote, marched, and practiced civil disobedience for 40 years until the term “men”, against tremendous opposition, came to include women in a very limited capacity, specifically in the capacity to vote. Read the news paper archives of the time. Congress MEN spewing, “We can’t let women vote! They are stupid! It will ruin the country!” Well did it?

Gay rights concerned changing the meaning of the terms “men” and “women”, “male” and “female”, and their separation. No one really cared who someone else married or lived with. The language they designed makes you choose “Is it a man or a woman. It is either he or she. Which?” Spanish and other romantic languages make you choose via verb conjugation if they walked, for example, in a men way ‘o’, or a female way ‘a’. A ruler way or subservient way. If you see a guy and a girl together, you can say, “Hi guys,” and that is ok. Should you say, “Hi girls,” you would have a fight on your hands. I see a problem here.

Now in 2017, Conservatives, still pissed off about the Supreme Court decision on gay marriage, are pushing to outlaw a person using a public restroom that did not match the gender on their birth certificate. The issue is not about which restroom you use, it concerns the dreaded broadening of the term “men,” which is so zealously guarded.

White males, especially, have had a problem thinking that the scepter between their legs gives them the non challenge-able right to rule over all other groups and to control all their activities. The history of The White Man. The American Indians referred to the horrible phenomena as “The White Man.” Through various techniques men have produced large groups of women have either been brainwashed into actually believing this, accepting it, or at least putting up with it. Many other groups of males must put up with this as well. The Dakota Access could be an example.

Where have all the transgender people going to the restroom these many decades? With you — and you didn’t even notice? Some have created this new bogus emergency. They needed someone new to demonize and exert their dominance over. As usual, it was a weak and defenseless group that they chose. Cut to the chase, they have more pussy than I do.

Serious civil rights are at issue. For instance, it wasn’t that long ago that bathrooms and water fountains were segregated by race. This new discrimination cannot be allowed to stand, or sit, as the case might be.

They even boast of their efforts to return women to the health care nightmares of earlier decades by diminishing their access to quality care. Having lived in the Philippines, I have seen many coat hanger abortions. If a woman wants to have an abortion, she is going to do it. It isn’t that hard to do. It is more hard not to do. The only women that I saw that were harmed by coat hanger abortions were the ones who did it continually.

My name is not Rosemary, and I am not going to have the devils baby. I find no love in that. My interpretation of that movie. Not a veneer religious one. Only domination. If you want a baby, go get pregnant and have it. That would probably be interesting to watch. You think that you can go do anything and everything, so lets see you do that. Its the attitude. 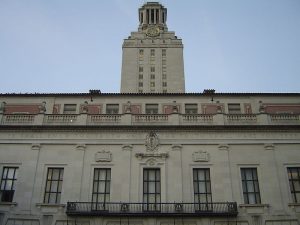 Women, some legislators seem to be saying, should shut up and do what the menfolk tell them to do. Unfortunately, the groups leading the charge, religious groups, really need to stay in their churches and out of volatile social issues, since it could have a negative impact on achieving their primary purpose. Are they really promoting their “loving,” religion, of care, concern, and tolerance? Or are they trying to use beautiful religious texts to promote their own personal prejudices and bigotries? Placing words in the prophets mouth.

The group ‘White Males’, is not the only group that has a tendency to implement autocratic control in their socio-spheres. They are not alone. They are just an easy group to study this philosophy with.

People are taught by males that it is wrong to be a female, and to express female sexuality. I read that as insecurity. I disagree. I love being a female and expressing female sexuality. Don’t let them control you girl. If you are a girl and you think that it is bad being a girl, you need help, slapped, or something. I am going to live it and love every minute of it.

“My weight loss isn’t a triumph and is also isn’t some sign I’ve formally given in to the voices of trolls,” one feminist writer recently expressed. “My body belongs to ME at every phase, in every iteration, and whatever I am doing with it. I am not handing in my feminist card to anyone.”

Work with me on this. A person is not their actions. That person, including what race and gender they are remains constant. The many actions that they take on a daily basis, and even continuous basis are actions predicated by innumerable factors, most of which you are not aware of. That person is not their actions. They are distinct. Actions can be judged, but not people. All religions say that judging others is not your job title. It is reserved for someone else. And definitely not races of people or genders. Failure to do so produces prejudices, bigotry, and stupid misjudgments of what is really going on. When we nail down inappropriate actions we should work on bringing that out and making it better. The action. Not the person. Consider the source, not the force.

There are 88 keys on a piano. They are all different. If they were the same, it would produce no music, no harmony, and no enjoyment.

It has been reported that Michelangelo da Caravaggio’s mother once asked him. “Tell me, Michelangelo, how do you paint the beautiful pictures?” He replied:

All together now, Let the adventure continue!